(Since there’s going to be more in the series, will keep this part open ended — Walters) in the Fire Emblem Series in Part I of my what is Fire Emblem post. Well, why force you to go to Wikipedia and search for each one? Without pictures? Well don’t worry, I won’t do that to you. Instead, I will provide the list for you. See how easy that is? Now, let’s get this out of the way, so all you newbies of the franchises and all you FE vets will take a grand look at the series’s history! (Credit for info is from Serenes Forest and Wikipedia.)

1. Fire Emblem: Ankoku Ryuu to Hikari no Tsurugi (Dark Dragon and The Sword of Light)

Synopsis: Hundreds of years ago, the hero Anri defeated the Dark Dragon Medeus. Just when the citizens of Akaneia thought peace had returned to the continent, Medeus returns and continues his quest for world domination. Despite losing his homeland of Altea, Prince Marth decides to fight back and turn the tides of war. The battle eventually leads to Medeus’s kingdom.

Synopsis: Side story to FE1; The Continent of Valencia is split into two territories. To the north is the Kingdom of Rigel, home to followers of the Dark God Doma. To the south is the Kingdom of Sofia, where the Earth Goddess Mila is worshiped. When Rigel invades Sofia, two heroes, Alm and Celica, raise an army to topple Rigel and the Dark God that is backing the conflict.

3. Fire Emblem: Monshou No Nazo (Mystery of the Emblem)

Synopsis: First remake of FE1, sequel to FE1 with the inclusion of Book 2; Only two years have passed since Prince Marth defeated the Durhua Empire, and the continent of Akaneia is once again under threat. The newly formed Akaneia Empire begins an invasion of the other territories, with Altea being one of the first to fall. Marth and his allies return to the battlefield to stop their former ally Hardin, now the crazed Emperor of Akaneia.

4. Fire Emblem: Seisen No Keifu (Genealogy of The Holy War)

Synopsis: The game is set in the continent of Jugdral, home of the descendants of the Twelve Crusaders. Lord Sigurd is the hero of the first generation, fighting an invasion from Verdane and helping out in the lands beyond. Sigurd’s son Seliph continues his father’s legacy in the second generation, where he leads a liberation army to defeat the Grandbell Empire.

Synopsis: Midquel to Genealogy of The Holy War, taking place between Chapters 5 and 9 of Holy War; Leaf, the exiled prince of Lenster, has been on the run from the empire ever since he was a child. When his childhood friends Nanna and Mareeta are captured by Leidrik, he decides he can hide no longer. Along with the Fiana militia, as well as troops recruited along the way, Leaf takes the battle to Manster, Tahra and eventually his homeland of Lenster.

Synopsis: The continent of Elibe was once wrecked by a fierce war between man and dragon, known as the Scouring. Almost a thousand years later, a new war arises as the Kingdom of Bern unexpectedly invades the surrounding nations. When the invasion reaches Lycia, Roy, son of Marquess Pherae, fights back against Bern in his ailing father’s place.

Synopsis: Prequel to The Binding Blade; When the Marquess of Pherae goes missing, his son Eliwood leaves in search of him, along with his allies, Hector and Lyn. However things are made complicated when he discovers a conspiracy to overthrow Ostia as the head of the Lycian League. The trail for both his father and the conspirers leads him to the island of Valor, where he will meet his ultimate foe… 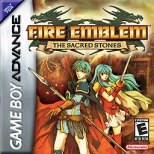 Synopsis: Magvel is home to six nations of diverse leadership. With the exception of Carcino, a newly established republic, each nation shares a history of 800 years since the War of the Stones and are responsible for their own Sacred Stone. The nations have enjoyed a long-lasting peace until the Grado Empire suddenly invades its neighbor, Renais. Prince Ephraim of Renais, one of two main characters of the game, leaves Renais to fight back Grado’s invasion. However, he goes missing and Grado’s forces fast approach the vicinity of Renais castle. Princess Eirika, Ephraim’s twin sister and the initial main character, flees Renais, along with her loyal knights, to seek help from their allies, Frelia.

Eventually Eirika reunites with her brother. The two discover that Grado intends to destroy the five Sacred Stones of Magvel, with both Frelia and Grado’s Sacred Stones already destroyed, and Renais’ stone presumed destroyed as well. Eirika and Innes, the prince of Frelia, leave to warn the remaining two Sacred Stone nations, Rausten and Jehanna. Meanwhile, Prince Ephraim must conquer the forces of Grado’s vast army. Eventually Grado falls to Ephraim, but the true villain behind the war remains to be fought—Grado’s imperial prince Lyon, Eirika and Ephraim’s longtime friend, who has been possessed by the Demon King of legends. 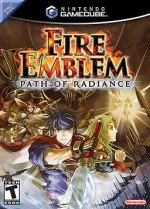 Synopsis: At the continent of Tellius, a land blessed by the Goddess Ashera, two different races exist–the Beorc (humans) and the Laguz (animal-like people). Ike, the main hero of this game, is a member of his father’s mercenary group. When the Kingdom of Daein invades the peaceful nation of Crimea, Ike finds himself caught up in the conflict.

Synopsis: Sequel to Path of Radiance; Three years have passed since the Kingdom of Daein invaded the neighboring Kingdom of Crimea. Thanks to the efforts of a mercenary named Ike, Princess Elincia of Crimea was able to reclaim her land after defeating Daein in battle. Now the citizens of Daein are oppressed by the Begnion occupation army and the Dawn Brigade strives to save them.

Synopsis: Second Remake of Shadow Dragon; Long ago, the continent of Akaneia was invaded by the Dolunian Empire, led by the Shadow Dragon, Medeus. Just when all hope seemed lost, the heroic Anri appeared and slew Medeus using the blade of light, Falchion. However, after a period of 100 years, Medeus has been resurrected. Now, Prince Marth of Altea must fight to save Akaneia from Medeus’s new invasion.

Synopsis: Remake of Monshou No Nazo, Sequel to Shadow Dragon; It has been two years since the War of Shadows ended and peace seems to have returned to Archanea. Suddenly one day, Marth receives an imperial edict from his old friend Hardin, now Emperor of Akaneia, to quell a distant rebellion at the kingdom of Grust. Although Marth has his doubts, he has no choice but to fulfill his oath to Archanea and leaves Altea on an expedition.

Synopsis: The story focuses on the trials of Chrom, the prince of the Halidom of Ylisse, and his companions during a turbulent era. When the neighboring nation of Plegia starts acting suspiciously, Chrom commands his band of soldiers–the Shepherds–to keep his country at peace. Soon, he encounters an unholy force plaguing the lands and a masked swordsman claiming to be the Hero-King of legends.

Synopsis: Two nations stand on the crossroads of war and peace: the peace-loving Hoshido and the glory-seeking Nohr. You were born into Hoshidan royalty, but raised by Nohrian royalty. As the conflict reaches a climax, a grave decision must be made. Will you choose to fight for the land of your birth or the land that raised you? From this important decision, the story splits into one of three very contrasting possibilities. 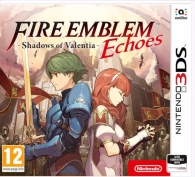 Synopsis: On the continent of Valentia lived a pair of sibling gods, Mila and Duma. These two gods fought a savage war over their conflicting ideals, before finally forging a pact to divide the continent into two. Afterwards, two nations–Rigel and Zofia–were formed around these gods. In the coming millennia, the continent ushered in an age of peace. However, in the current era, war threatens to engulf Valentia once again and only two youths–Alm and Celica–hold the power to stop it. 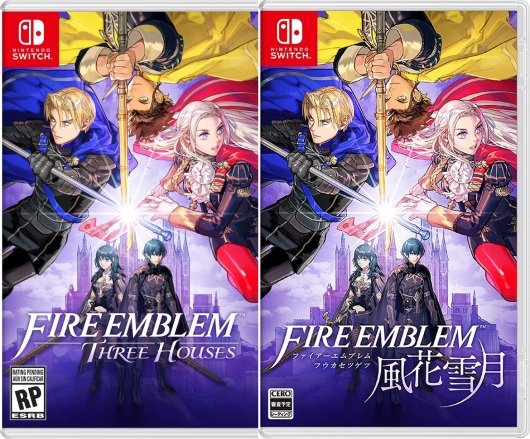 Synopsis: Here, order is maintained by the Church of Seiros, which hosts the prestigious Officer’s Academy within its headquarters. You are invited to teach one of its three mighty houses, each comprised of students brimming with personality and represented by a royal from one of three territories. As their professor, you must lead your students in their academic lives and in turn-based, tactical RPG battles wrought with strategic, new twists to overcome. Which house, and which path, will you choose?

Fire Emblem fan. Looking out for fire of course. Has played every Fire Emblem game that's come in the West.
View all posts by Walters →

5/6: If anyone sent any emails…sorry.
8/20: First written entry in over a year eh…?
9/5: Me: All right, should be no more FE announcements outside of 3H DLC for next year–”
>TMS#FE Encore gets announced
Me: Guess I gotta update the decade list SMH

Where It All Began